Silvia Locatelli: “I gained my master degree in Philosophical Sciences by Semptember 2020, through a double-degree project shared by FSU Jena (Germany) and University of Padova (Italy). This project allowed my to focus on Classical German Philosophy, a passion grown no sooner my studies began. Indeed, already as a bachelor, my first concerns were about Hegel’s Science of Logic.
However, thorugh the last three years I have been also interested in queer theory and feminist philosophy, especially in Luce Irigaray’s feminism of sexual difference. My academic engagement with this matter is also accompained by political activism, being myself a member of the Italian branch of “Non una di meno”, a global transfeminist movement.
My master theses, written attending Lancaster’s University, mainly tried to combine these two research interests: I tried to provide a reading of Hegel’s Philosophy of Nature and its relation with the Science of Logic through the lens of Irigaray’s feminism of sexual difference. The title of the thesis was: Parler femme or parler hégélien? Hegel’s Philosophy of Nature, Luce Irigaray and the Feminine Excess of the System.
Broadly, my research interests are Classical German philosophy (Kant, Hegel, Schelling, with a special attention to the connection between Logic and Philosophy of Nature), feminist philosophy of sexual difference (especially concerned about Irigaray’s french traditional stamp) and contemporary critical theory.
I’m actually an active member of hegelpd, Hegelian research group settled in Padova.
Lastly, with my actual research engagements I’m trying to develop an analysis of sexual difference within Hegel’s Encyclopedia and Phenomenology of Spirit. I am also getting interested in philosophy of pornography and Analytic feminism.” 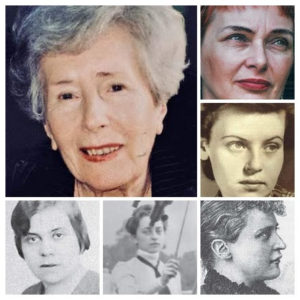